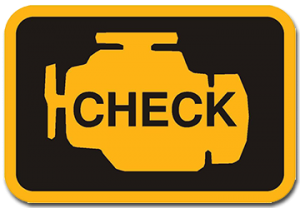 Tune ups & maintenance is more critical on a vehicle today than in past times because of tolerances in the engine components. Cars and trucks these days have better materials and performance, but the closer tolerances mean that small problems become big problems much faster.

Most people see the advertisements for vehicles with 100,000 mile maintenance-free programs and think they can go that long without any maintenance. But there are a couple of problems with that. First, those ads are designed to make vehicles look like they have a lower cost of ownership. Some necessary services are not included in that 100,000 mile promise. Also, those mileages are under optimum driving conditions, which nearly no one in Tulsa has. Tulsa has temperature extremes from below zero in the winter to well above 100 degrees in the summer. Also, many drivers deal with stop-and-start driving, which is not “optimum” driving conditions.

And during the hot summers, many cars and trucks idle for long periods of time while owners try to stay cool with the air conditioning running, which is hard on an engine. There is no air flow to cool the engine and the radiator struggles to keep up. The oil breaks down faster and belts soften and their lifespan is reduced.

And some vehicles idle for extended periods of time during the winter when owners start them early in the morning to warm them up. Few people realize that the idling time is equivalent to driving time. That means 15 minutes of idling each morning during the week can result in the same wear on the engine as driving 75 miles on the highway.

One commonly overlooked maintenance item is spark plugs. They hardly ever last as long as the manufacturer’s estimate. And when spark plugs aren’t performing properly, they can create added strain on the coils that power them. So even though spark plugs can cost up to $20 each, they are much less than a $200 coil! Maintenance doesn’t cost- it pays.

Coolants & transmission fluids are better quality than ever. But be careful if you tow anything with your vehicle. The added strain causes fluids to break down much quicker than normal. That means the fluid in the rear differential should be changed about every 30,000 miles. Failure to do this will result in a costly repair.

The same principle applies to four wheel drive vehicles. Be sure to take care of your front differential fluid. It is much simpler and less expensive to keep an eye on it than to have it fail.

Maintenance is more than just changing fluids, it’s about checking all the vehicle’s systems on a consistent basis. It’s the only way to make sure your car or truck is operating safely and it minimizes repair costs in the long run.