Right now is a great time to own a truck. With diesel prices down across the board, it makes it a more economical choice, and the extra power isn’t a bad thing either. It’s important to note, however, that diesel trucks aren’t invincible. Like every vehicle, they come with their share of problems. If a defective engine isn’t properly serviced, it can cause internal combustion and potentially destroy your entire machine. Here are some of the most common diesel truck repairs to watch for. 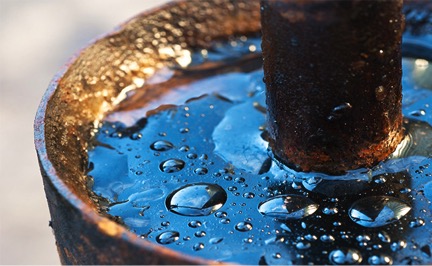 Diesel trucks that sit in one place too long, operate infrequently, or remain in storage between seasons often have problems with the oil oxidizing. In other words, air gets into the oil, and creates bubbles that can interfere with proper lubrication, which can result in a faltering or even damaged engine. Even though the oil isn’t technically dirty, it needs to be changed as soon as possible after this idle period.

Water is another element that can contaminate the lubricant in the engine and cause adverse reactions. If a truck sits for too long or idles for an extended period of time in a humid or precipitous area, the hydration can cause the engine to knock. Water attacks additives and increases oxidation. It can also interfere with the lubrication process, which can lead to a severely damaged machine. 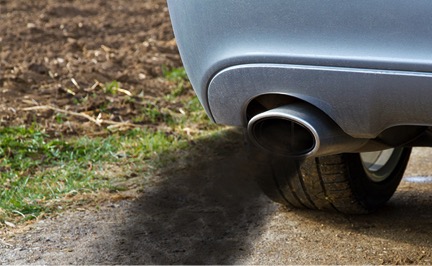 If you’ve driven behind a diesel truck, you know that they generally exhibit more smoke than traditional vehicles. They can also release a highly unpleasant odor that can stink up the cab and make it difficult to breathe. Not to mention, you’ll likely be slapped with a hefty fine for ignoring the clean air ordinance in your state.

The exhaust is generally a result of an imbalanced air to fuel ratio, leaning on the side of too much fuel and not enough air. A faulty injector, injector pump, air filter, EGR valve, or even turbocharger could be the root of the problem. 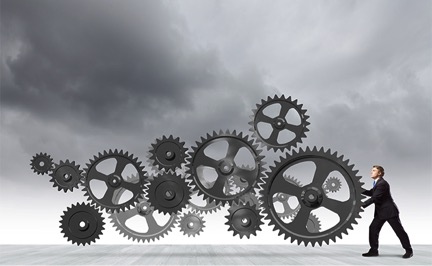 Some diesel engines have a difficult time starting or they experience a delayed start. This is usually a sign of low compression or a fuel delivery issue. Some diesel engines simply crank a little when you start them, which is perfectly normal. But if it has an extremely difficult time starting, cranks more than normal, or won’t start at all, it’s important to get things checked out as soon as possible.

Another fuel related problem manifests itself within a lack of power. You’ll notice this when it has issues starting or accelerating. Dirty fuel filters, loose throttle linkage, excessive lubrication, and issues with the fuel injectors can lead to this issue.

There’s often a heavy load on the lead-acid storage battery, which is a useful component in the engine’s starter system. If the storage battery malfunctions or doesn’t work properly, it can cause an imbalanced compression ratio, which can influence the starter system negatively.

Diesel engines don’t have spark plugs to ignite the fuel-air mixture in their cylinders like gasoline-powered cars. They rely on glow plugs to ignite the mixtures through a high-resistance heating element, similar to the elements in a stove coil or toaster. When the glow plug goes bad, it makes it nearly impossible for the engine to start, particularly in cold weather.

Because diesel is much more viscous than gasoline, it can become more easily contaminated. The four most common, and equally dangerous, fuel contaminants includeglycol, dilution, soot, and water. If any of these contaminants penetrate the fuel system, it can lead to major engine disruption.

The average diesel engine has a compression ratio of 20:1, while the average gas powered engine has an average ration of 8:1. This high compression ratio makes the engine more powerful, smooth, and sometimes more efficient, but it can also lead to issues. For example, it can cause the engine to knock more often as a result of an undesirable burn pattern, and can also contribute significantly to fuel injection problems.

Nose from a diesel engine can be significant, and can also be a sign of something wrong. Diesel engines are naturally louder than other vehicles, but if you notice inconsistent noise or distinct knocking in the engine, it could be a sign of a problem with the fuel injectors, which can affect the compression balance and reduce performance.

Hard starting is often the result of the wrong weight viscosity of engine lubrication. Viscosity in diesel lubricants is much higher than in gasoline, and many people often get the viscosity weight wrong when replacing the oil. Other times, they’ll simply use a single-weight engine oil during hot weather and then forget to switch back to multi-viscosity oil when the weather turns cold. It’s best to simply use a multi-viscosity oil year-round to avoid forgetting to switch and risking damaging the engine.

When diagnosing the problem with your diesel truck, it’s best to look at the basics first in order to save time and energy. Operators should take good care of their trucks, perform routine maintenance to avoid the worst issues, and always report engine troubles to a trusted mechanic who specializes in the care of diesel engines.

If you’re looking for a trusted mechanic, look no further than RC Auto Specialists in Tulsa. We’re your one stop shop for anything diesel vehicle repair related. With 80 combined years of experience, our experts use the latest tools and knowledge available to diagnose the problem and get your diesel truck back on the road where it belongs. To schedule an appointment, contact us today!